Every land has a capital of sorts called a city that is situated in a random spot in the land. Every city is randomly generated and follows a theme of either European-style houses, medieval stone, North American buildings or simple log houses. The style of each city can also effect the colors of roads and other decorations. 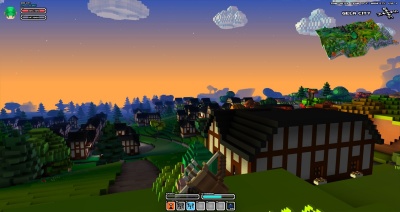 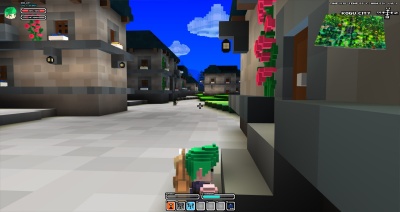 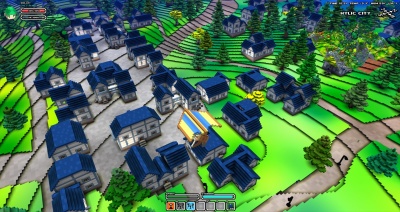 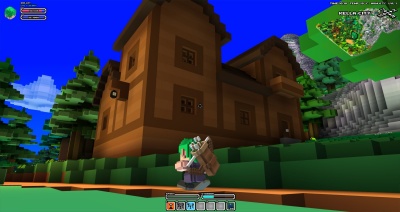 Wollay has stated that he would like to add differing styles for different biomes like jungle and desert.

Every city consists of 4 districts, each with the same shops and facilities within, although they are placed randomly according to how the city is generated. The four districts are listed below.

This district contains various facilities for crafting, such as the saw and furnace as well as the customization bench. Inside you can also find the Smithy, fitter, tailor and other generic houses.

In this district there are the various shops in the game, such as the Armor Shop, Weapon Shop, Item Shop and others.

Here the player can find various training facilities, including ranged targets and training dummies. Wollay has planned to add procedurally generated quests to this area.

In this district the player can find various pets roaming around, which can be lured and tamed with food from the local item shop. 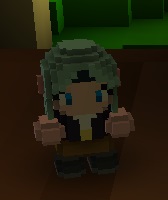 A blacksmith residing in his house.

Every village has a number of roaming NPCs which are generated randomly and can be talked to by the player. They can be found inside their repsective houses during the night. Among the townsfolk there are a variety of shop NPCs and static NPCs that guard the training areas.