Gems are a material used by all classes to craft armor and weapons (With the exception of common gear). 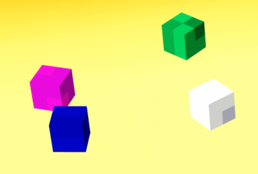 Gems thrown out of inventory.

There are four types of gems, each used to craft equipment of a different rarity:

Where to Obtain[edit | edit source]

Gems can be obtained from destorying their respective Ore Deposit, found in or near caves.

Gems can be purchaced from a Gem Trader, who can be found roaming around, normally near a camp.