Humans are a playable race; modeled after humans in real life, they are medium-sized creatures and have a large variety of hair and beard styles.

Humans can be found anywhere, but you will generally find them in cities as opposed to the other races. They tend to be the majority there, and can also be found in small groups that wander plains. Their features are randomly generated along with their dialogue. 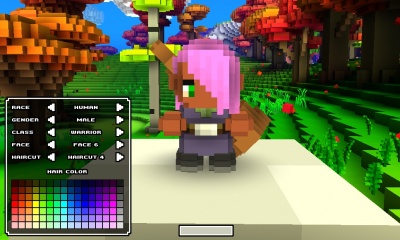 Characters of the human race have many options during character creation, including Hairstyles, Faces, Class and Gender. There are 2 genders (Male and Female), 6 faces (including beard), 15 hairstyles, giving them roughly 180 combinations - not including classes, which raises this to 720, and hair color. In short, Humans are the race with the most design options.