The Mana Pump is a dungeon that rewards the player with gold, equipment of the same rarity as the dungeon or 1 star higher, a chance to receive a gemstone, and the reduction of mana absorption in the world. 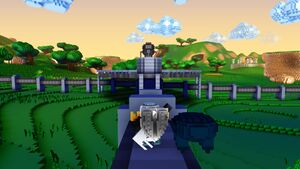 The Mana Pump, taken from one of the inductor branches. 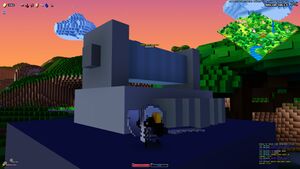 The mana inductor becomes destructible when the boss guarding it is defeated.

The Mana Pump consists of the main pump and 4 mana inductors. The main boss will only spawn after the 4 mini-bosses have been defeated. When the main boss is defeated, the mana pump becomes destructible. Destroying the main mana pump completes the mission and drops all the rewards.

There are a total of 4 mana inductors that the player must destroy with a mini-boss protecting each mana inductor. The main Mana Pump is protected by the final boss.

The Mana Pump is under control by the Steel Empire and is thus surrounded by Steel Empire enemies. The enemies will only spawn within the circumference that the four mana inductors create.