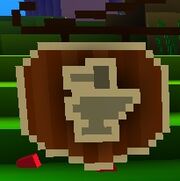 The Smithy is recognizable by the sign with an Anvil and a Hammer.

The Smithy is a Crafting Station in cities where players can perform Crafting, mainly using Cubes to upgrade Weapons. Smithies are always located in the Crafting District, and there will always be one in every city. The smithy has stairs at the front entrance, if you enter by the path that has the icon you will see the Anvil and the Smithy NPC; at the other side of the house you can see the Furnace and the Customization Bench. The Smithy is not fully enclosed, has no doors, and a single window. Although its location in each city may be different, the design of the smithy is always the same. 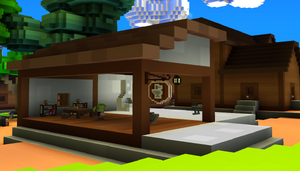 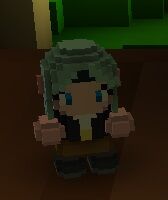 Other than being immobile, currently the Smithy NPC is no different from the random ones wandering around the City. It has no function other than being there - there is no need to interact with it to use the nearby crafting tools. Like in other Crafting Stations, the NPC can be both a Human and an Elf.